History of the Volunteer Ambulance Services in Northbrook 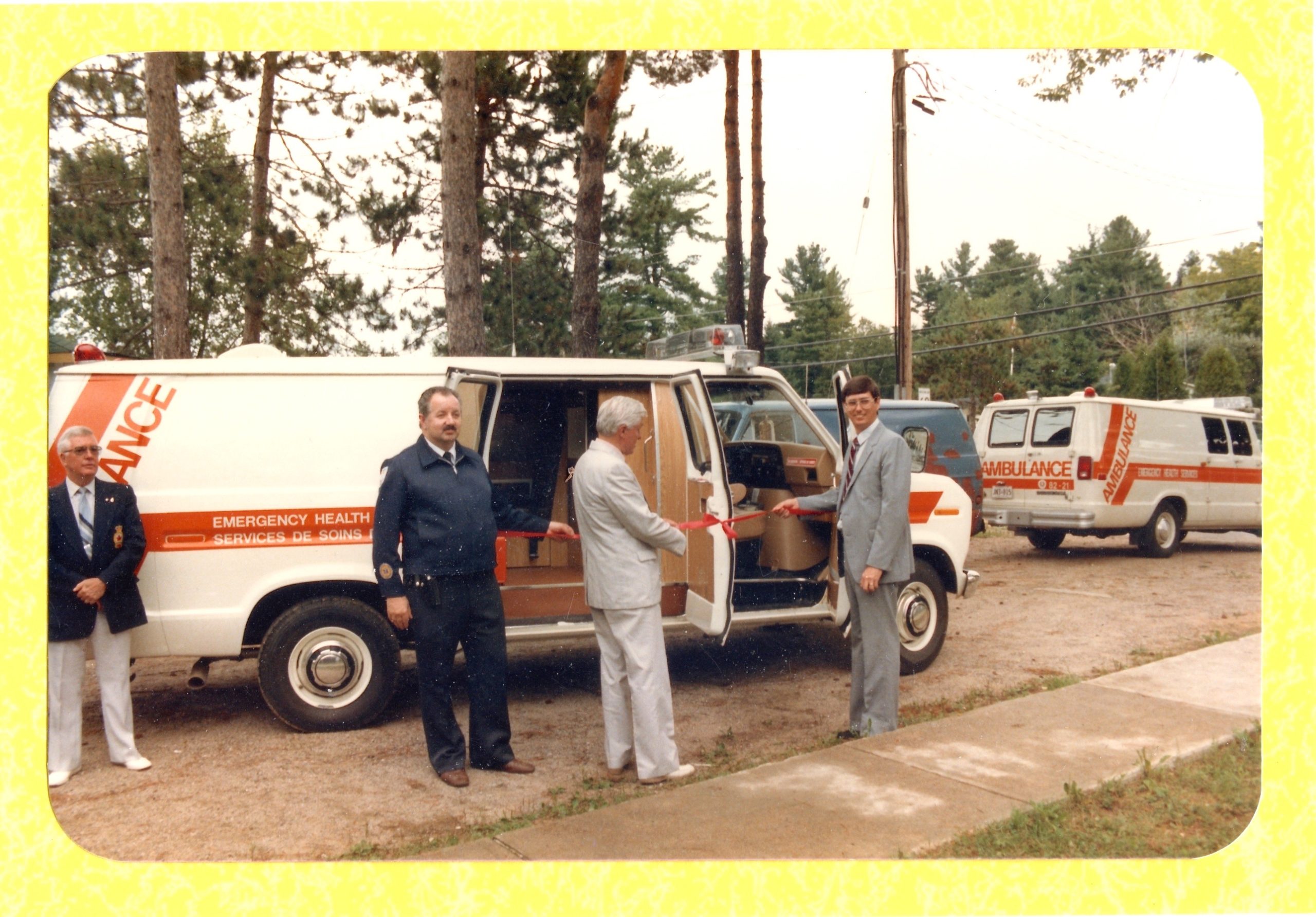 President Shirley Sedore made a presentation to the CDHS on September 19, 2022 about the Volunteer Ambulance Service. The Northbrook satellite of the Denbigh volunteer ambulance service officially opened Sunday, September 8th, 1985 at the Lions Hall in Northbrook. Bob Taylor of the Northbrook service said  that they actually went to work August 29th and had a very busy Labour Day weekend. “We answered 13 calls by September 8th”, he said. Two were life threatening emergencies . Mr. Taylor said that they are playing a role in saving lives and that the quick response time of the Northbrook volunteers is much appreciated.  Bill Carey was the Master of Ceremonies at the official opening in the Lions Hall (Bill Carey had former experience with City Ambulance in Napanee). John Savigny gave a history and tribute to Northern Emergency Organization. Larry South, MPP for Frontenac-Addington brought greetings from the Ontario government and Malcolm Bates, Manager of Land Operations for the Province of Ontario presented the new ambulance to Bob Taylor, representing the volunteer ambulance service.  Source: Tweed News, Vol 99A, No. 38, Sept 18, 1985.

“My appointment came and that was when I first met Bob Taylor. Denbigh had a successful volunteer ambulance service already that had been in operation for some years. The Ministry of Health thought it would be a good idea to work under them for a time since they could provide lots of helpful information. Kingston Dispatch Centre wasn’t strong enough to reach our area so Renfrew became our original dispatch centre.”

When we knew for sure that we were getting the ambulance, Northern Emergency Organization (NEO) ran an ad in the Frontenac News asking for volunteers to take a course to work on the ambulance. We were given an emergency first response course by Bob Taylor. At the first course there were 12 people, three of whom had responded to the ad. They were Betty Pearce, Rick Wilson, Jeanine Judkins who had been an EMT in the states. The others were former NEO members.

We got a stipend of $2.00 per hour for being on standby and $30.00 for a call. When Bob and family came to Northbrook first they lived in the Pine Grove Motel for a while and the ambulance was kept there. When cold weather came it was deemed the ambulance would be left with the driver whoever was designated the driver on that shift and they met their partner on an agreed upon spot.

Our first base was where the funeral home is (Milestone, south of Northbrook). There was originally a Stedman’s store there. When the lady closed the operation she rented us the premises. Our next base of course was where Bob now lives (in Northbrook next to the Pine Grove Motel).

When Bob retired as Manager, Tim Trickey became our new Manager.  Ambulance service was downloaded to the County in 2003 and we soon became a full-time, paid service.  This ends the story of the Northbrook area volunteer ambulance service, I am however, going to mention the County due to lack of perception maybe, thought to close down Denbigh ambulance which would leave them in a position before we got an ambulance. Henry Hogg argued strongly against this and even took two busloads of Denbigh residents to County Council.  This resulted in Denbigh staying but, only as a 12-hour service which it remains to the present. “

Shirley had to leave the meeting early and asked Betty Pearce, Shirley Cuddy and Ian Brumell to field questions from historical society members. Bob Taylor and Shirley formed the list of volunteers from memory (above).  Betty Pearce brought an article from the paper about the 10th Anniversary Celebration. Nancy Cannon formed an award plaque for people who had done extremely good service to the ambulance, just not as an attendant but also helping with fund raising, Board work, and those kind of things and Betty Pearce got the first one and is displayed in the Pioneer Museum as well as my 10,000 hour plaque. Ian still had the ambulance patch and it is over on the table which was on our sleeves of our uniform. 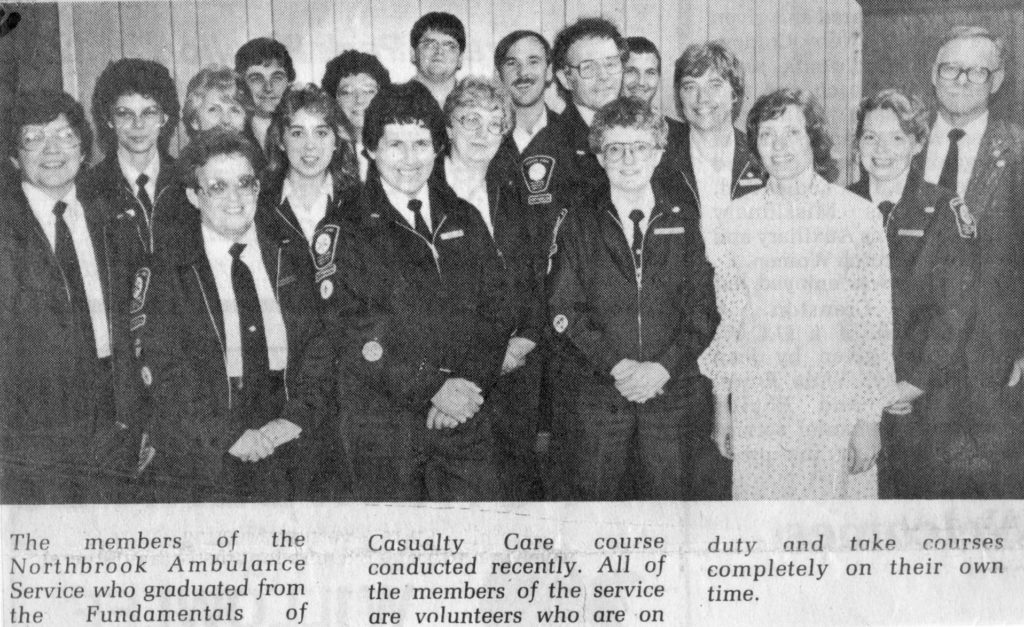 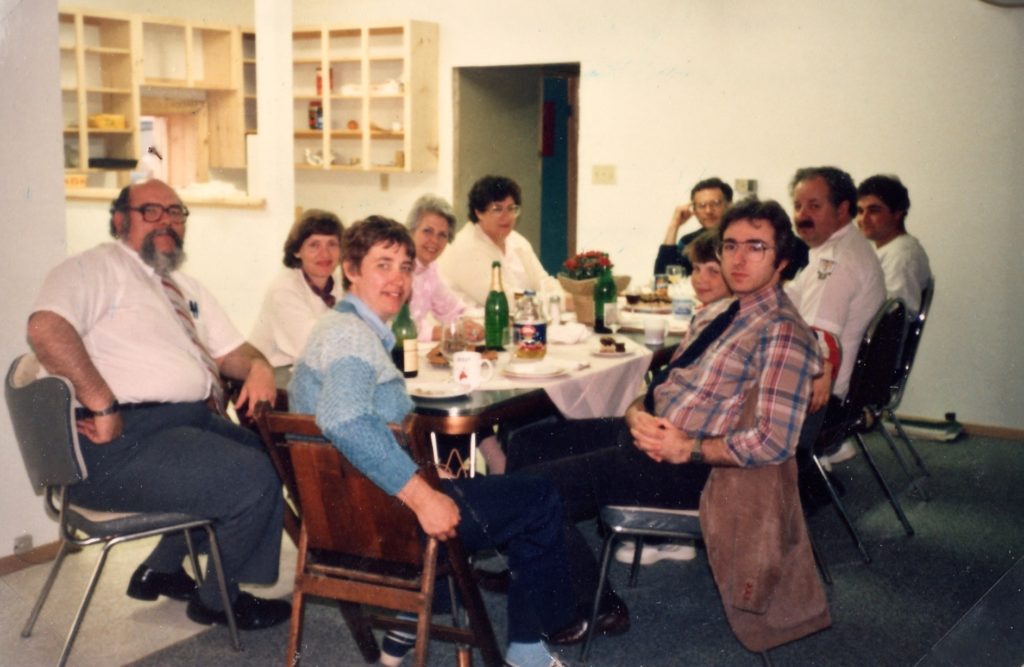 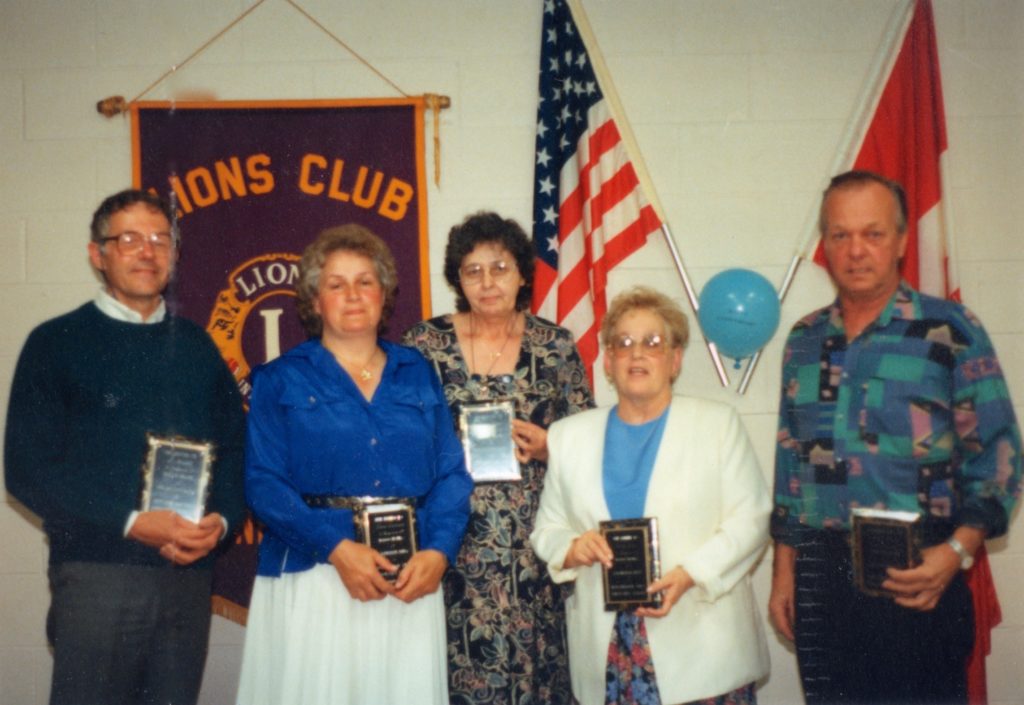 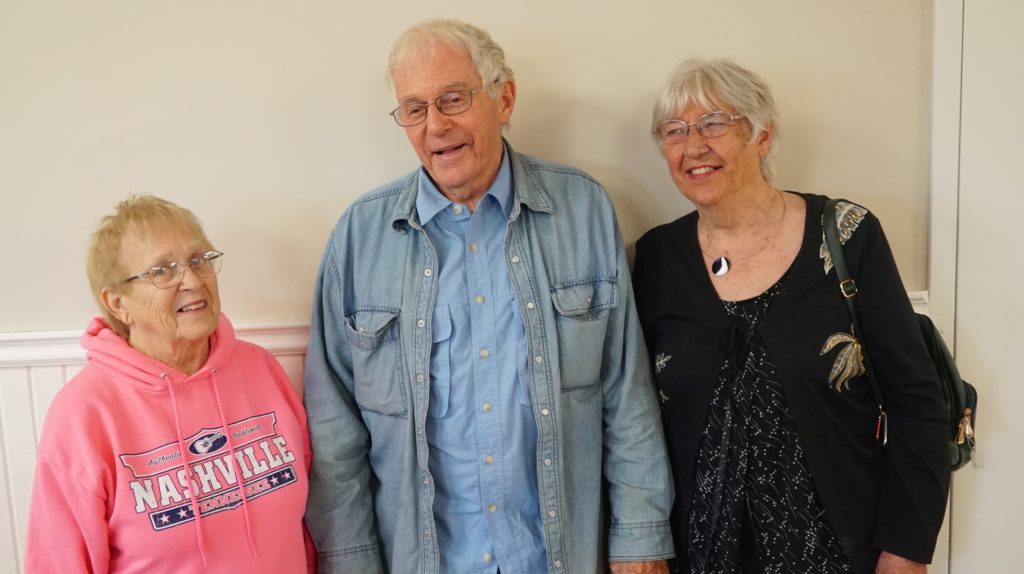