Susannah of the Mounties Movie – What is the connection with Bon Echo? 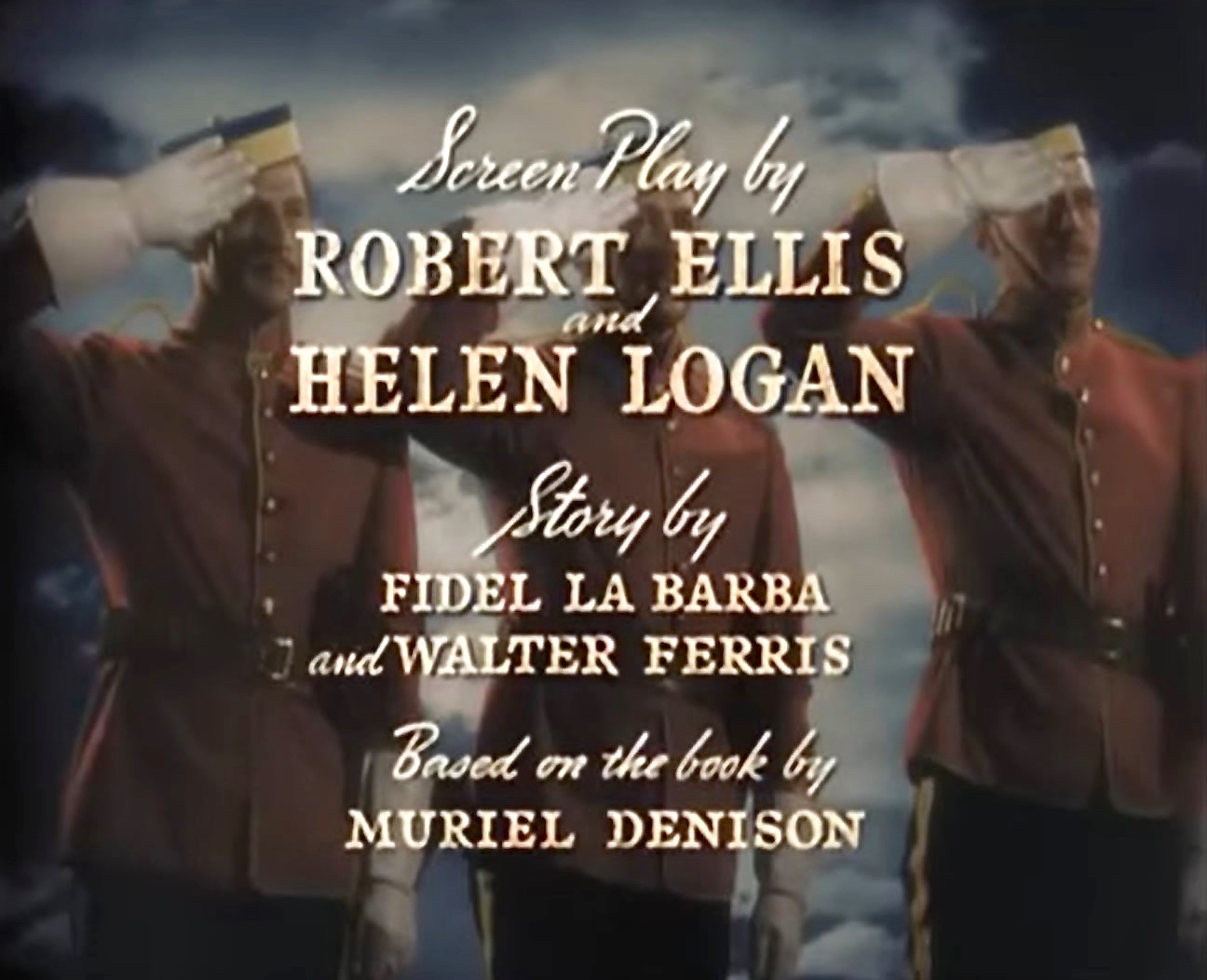 Susannah: A Little Girl With The Mounties is a children’s novel by Canadian author Muriel Denison (nee Jessie Muriel Goggin 1886-1954), first published in 1936. In the book 9-year-old Susannah is sent to Regina, Saskatchewan to spend the summer with her Uncle Dennis who is a Mountie. The movie Susannah of the Mounties was based on Muriel Denison’s novel. 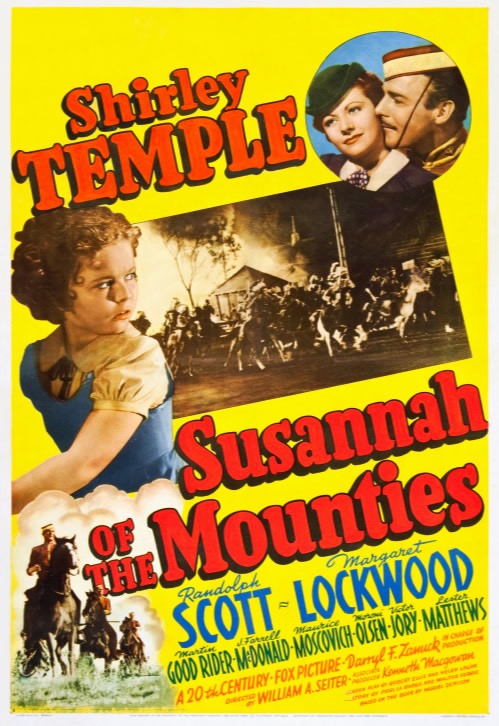 Muriel and her future husband Merrill Denison, originally met at University of Toronto’s Hart House Theatre.  Muriel was a well-educated lady who moved in the best society in Canada and England. She was the daughter of a distinguished Canadian educator, Dr. David Goggin.  While in London, Muriel became interested in the management of large households, cookery and the manner in which servants should present food at the table.  This skill was critical to the later success of Merrill’s Bon Echo Inn which he had inherited from his mother Flora MacDonald Denison.

Muriel started at the Bon Echo Inn in 1922 and quickly became in charge of Inn operations.  While Flora ran the Inn more like a summer camp it was Muriel that envisioned the Inn to become a luxury resort catering to a wealthy clientele. And so, it was Muriel made her mark on this area transforming the Bon Echo Inn to a resort like no other.  From 1922 to 1929 the Inn attracted many of the Group of Seven and other distinguished guests.  By October 1929 the stock market crashed. With the Inn no longer viable Muriel and her father remained in Toronto while Merrill found work in New York City. 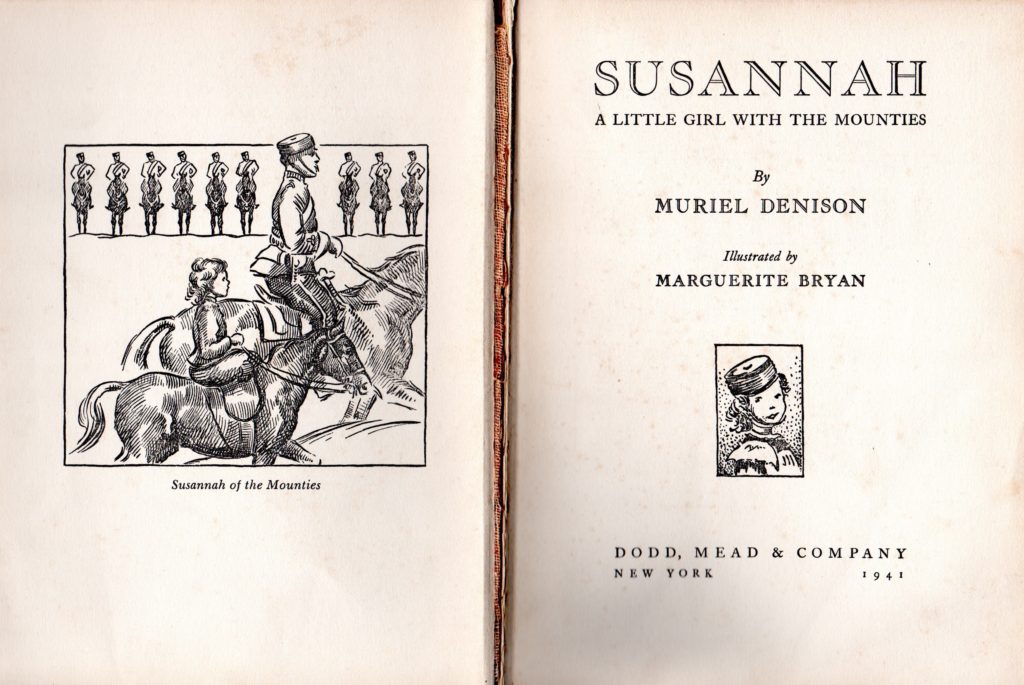 In 1932 Muriel and her father joined Merrill in New York.  Muriel had been writing articles for Reader’s Digest and McCall’s but once she settled in with Merrill and her father in their West 57th Street Apartment she began writing a series of books for young girls.  The first book was Susannah: A Little Girl With The Mounties for Dodd, Mead & Company, Inc. In many respects this was an autobiographical and so made for an entertaining and believable story.

Muriel was born in Winnipeg and spent her early years with her father in Regina, then the capital of the North-West Territories.  Book jackets explain that “she spent much of her time in the Barracks of the North-West Mounted Police, rode the Canadian prairies with her red-coated friends, who were her wise counsellors, beloved teachers and good companions”. 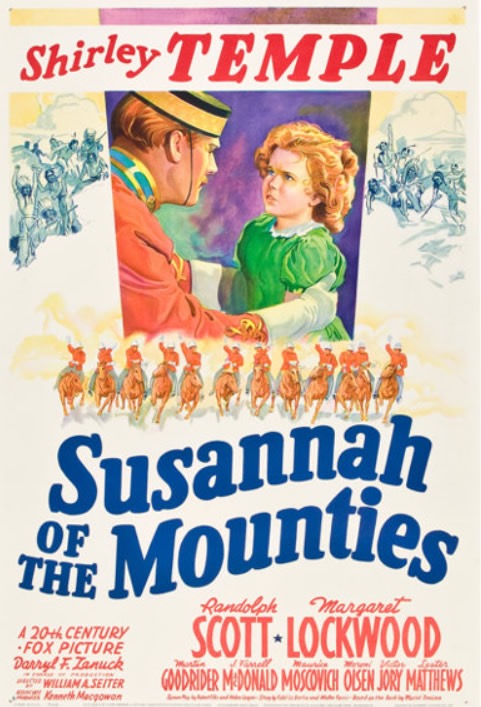 One of many 1939 Movie Posters, this one from Argentina

The success of the book led to a film contract with Twentieth Century Fox.  Shirley Temple starred as Susannah and the movie was a hit when it was released in 1939.  This was a big year for movies. Both The Wizard of Oz and Gone With The Wind were released with the later winning Best Picture. 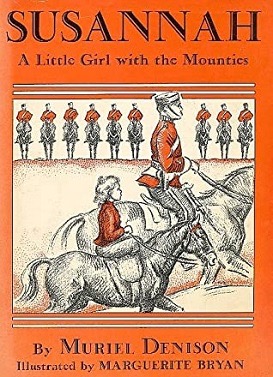 First Edition cover of Susannah – A Little Girl with the Mounties 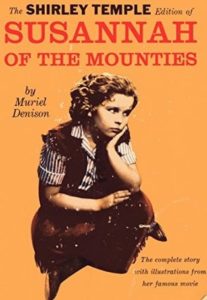 Shirley Temple edition of Susannah of the Mounties illustrated book

Muriel went on to write more books in the series including, Susannah Of The Yukon, Susannah At Boarding School, and Susannah Rides Again.  Her final book was another success. It was Happy Tramp, a story about a little girl and her sheepdog.

The Denisons returned to Bon Echo each summer, living and working in Dollywood, accommodating guests at Greystones while the Inn stood empty. By 1942 Muriel was diagnosed with Parkinson’s Disease and remained in New York City with only the occasional visit to Bon Echo. By 1953-54 she was never able to return to Bon Echo.

Much of the above information is from Mary Savigny’s book ‘Bon Echo, the Denison Years’. Mary was a close friend and manuscript typist for Merrill Denison.

The movie Susannah of the Mounties can be seen on YouTube here: https://www.youtube.com/watch?v=sCDRhz1MAsw