The History of Wannamaker’s Store – Northbrook 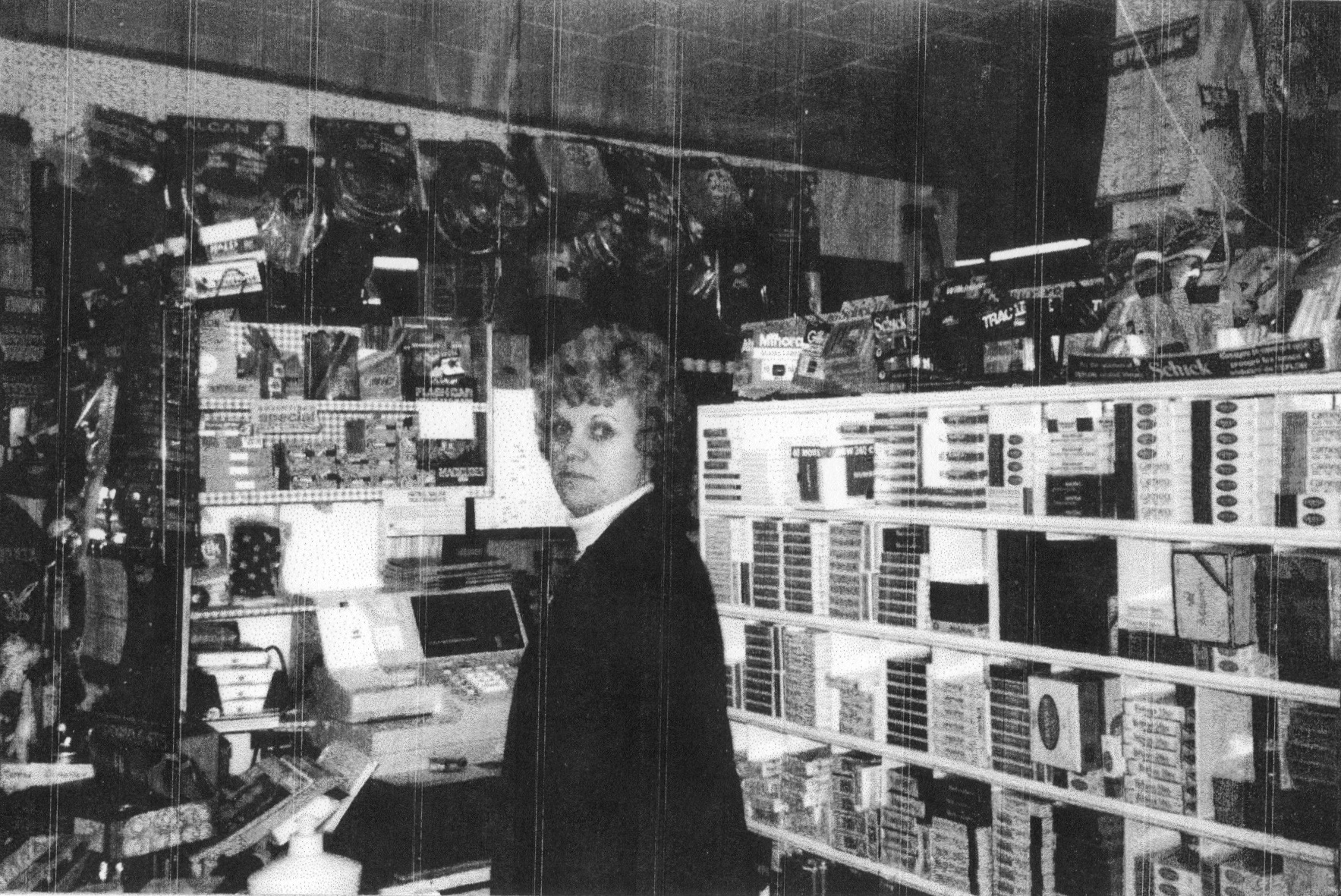 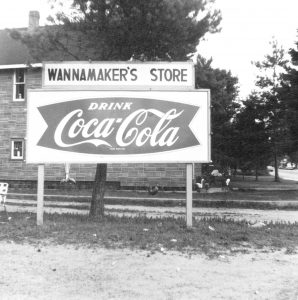 Photo of the Wannamakers’s Store.

Sadly, Don Wannamaker passed away on February 13, 2022. Don will be remembered as a Northbrook community supporter and founding (charter) member of the Land O’ Lakes Lions Club. Chartered in 1969 with a group of 38 members, only three Lions Charter members are alive today.

Don was best known as an expert meat cutter and purveyor of quality meats from the store in Northbrook. Don and Connie moved from Kitchener to go into business with Don’s mother Jean in 1968. Before they joined Jean and her husband Clayton who passed away in 1962, the store was not self-serve. Remember the days when you visited a store and you told the storekeeper what you wanted to buy? The storekeeper retrieved the product behind the counter and assembled your order.

Don and Connie saw the self-serve trend where customers would take a shopping cart or totes to collect their groceries from the store shelves. Times were changing and so did Wannamaker’s. They purchased shelving, freezers, produce counter, and shopping carts from an IGA store in Tweed that was being relocated and enlarging. 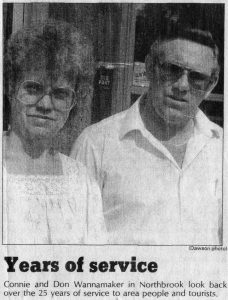 In 1971 the Beer Store needed an outlet for empty returns so Don and Connie added a building on the north end of the existing premises for empty bottles. Next, they added a cement block building at the back of the store to make a workable butcher shop and cold room. The rest was history. Wannamaker’s was known as ‘the place for meat’ for many years.

We are fortunate to have received the history of Wannamaker’s Store only a few months before Don passed away. Connie was busy collecting photographs and newspaper articles written by Rod Dawson over the years. You can read the complete history here: https://pioneer.mazinaw.on.ca/wp-content/uploads/2022/03/History-of-Wannamakers.pdf