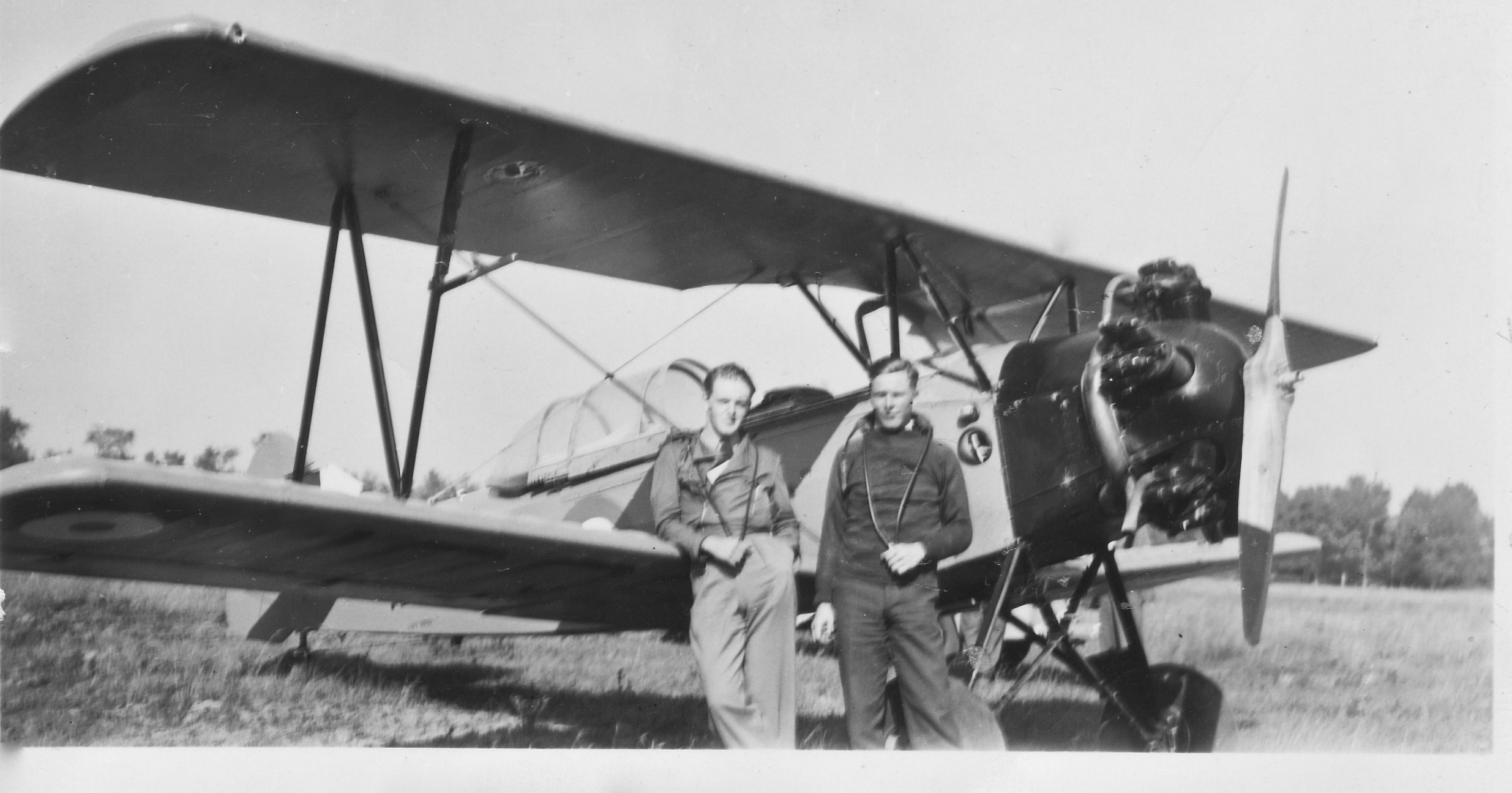 Hillier ‘Jake’ Thompson (on right, unknown man on left) was the son of Casber and Lulu Thompson who owned Thompson’s store in Northbrook. He was a flyer most of his life and would land his plane at the air strip east of Northbrook at the Lloyd farm.

Before the War he was a barnstormer – entertaining visitors at fall fairs with his bi-plane. Jake was a pilot in the CAF during WWII and survived the war but perished in the North while flying in supplies to the Dew (Distant Early Warning) Line in 1955.

Note: The Dew Line was a system of radar stations in the Arctic region of Canada set-up to detect incoming bombers of the Soviet Union during the Cold War. The Dew Line would offer hours of advanced warning in case of an attack.

Thanks to John Bolton for providing details on Jake.